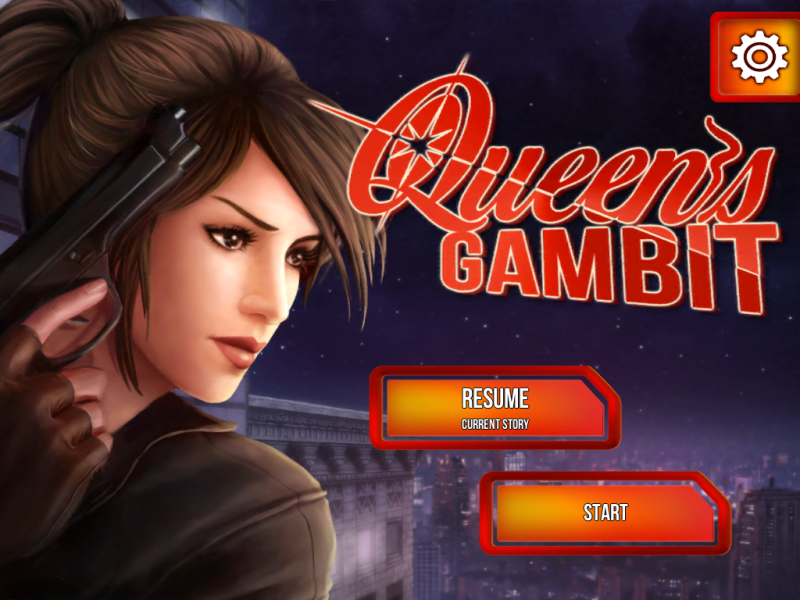 Basic Premise: As a top spy at a private security agency the main character must complete her assignments and protect her team at any cost. (And, if you work really hard, she might get to snog the character who appears in all the lovely stills.)

On the MC: I really like this one. She has a definite history and motivations which weave nicely both into the plot and into her attraction to João. She’s fairly intelligent, competent, and has a nice balance of idealism and skepticism. Now, if I could just add a dash of snark, she’d be perfect.

On João Morais, the LI: He’s…kind of a Disney princess, actually. He’s pretty. He cares about family. He needs to be rescued a few times. He cares about the environment. He tries to befriend almost everyone. His naivete is both cute and potentially obnoxious. He’s kept from cloying preciousness by the heroine’s inner commentary, different sides of the political and environmental issues having a bit of nuance, his willingness to work, and his character evolution late in the story.  I still laughed like mad when this popped up though:

Don’t worry, Emmett.  Your route’s next on the list.

On the Romance: I really like that the MC takes a while to switch from a professional attitude to a “crud I really like this guy” attitude. The relationship is built slowly on values and goals the two truly share. Compared to other Voltage USA titles, the story has fewer romantic moments, but I don’t see where more would have fit in the narrative.

On the Main Plot: The spy plot never felt copy-pasted and stayed away from one-liners. As long as you don’t squint too hard at the Client’s motivations (or why top spies do not use burner cell phones) you’ll be fine.

On “Stop Using Your Fictional Characters to Lecture Me Please”: I’ll admit I was apprehensive during the first few chapters of this route. I don’t enjoy seeing one stance on a political or social issue portrayed as THE CORRECT THING AND EVERYONE ELSE MUST BE COMPLETE IDIOTS even if I agree with it. Fortunately, the writer gives both characters representing the issues some flaws, some shading, and no one person or position has a perfect solution at the end of the route.

On the Tone: I was surprised and pleased at how ambiguous the world is. While I respect the two main leads and some of the secondary characters, many of their actions gave me pause. João researches ways to improve the environment, yes, but chooses to do so in an area outside any countries’ jurisdiction in a manner that could potentially be as damaging as the problems he’s trying to correct. The MC lies and kills for an organization that she trusts helps others, but we never get a proper explanation or proof that they are not, in fact, doing terrible things to good people. Read the nightmare ending at least once. My jaw was on the table. I now want to read every route just to see what the nightmare ending is for each one.

On Secondary Characters: This is a fun bunch. My favorite is Cassidy, the MC’s younger sister, but Cameron, the team’s rookie, is close behind her. I see it’s time to take him into the study and have a heart-to-heart.

Bottom Line: Recommended. While João himself is not my cup of tea, puzzling out the main plot and learning about the MC’s relationships with the secondary characters kept me intrigued. More Cassidy and Tom please!